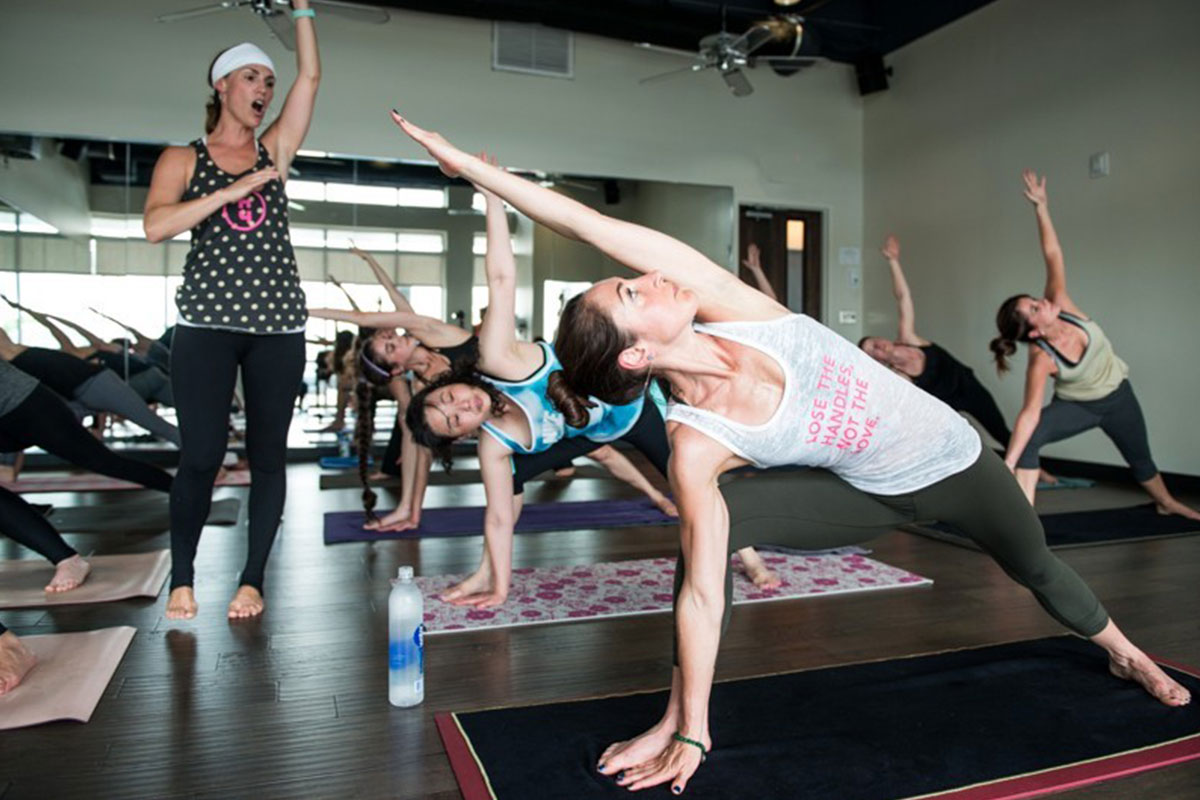 Your yogi besties swear by it, all your favorite celebrities seem to be trying it—it’s no secret that Bikram yoga has become one of the (literally) hottest workouts to try these days. But with spiked temperatures, added humidity and 90-minute-long classes, it isn’t the easiest type of class to just jump right into. Yet, according to the yoga world, the benefits seem to be more than worth it.

Is just the idea of going to Bikram yoga already making you sweat? Don’t stress—here’s everything you need to know about trying out this yoga practice:

A common misconception about Bikram yoga is that it’s simply a fancier way of saying hot yoga. While Bikram is without a doubt hot, there are key differences between the two types of yoga. The word “bikram” is a namesake of its founder, Bikram Choudhury, who established the practice in the 1940s based on a claim that it miraculously healed his injured knee.

Today, Bikram yoga is practiced for a similar reason. Extreme heat is used to warm up the muscles, avoiding injury and deepening each pose. Bikram yogis practice a series of 26 postures in 105-degree heat with 40 percent humidity, for 90 minutes, while hot yoga classes are typically practiced in temperatures closer to 95 degrees and focus more on flows. While this may sound intense, Bikram yoga is considered a detoxifying exercise that builds strength, increases flexibility, and promotes better discipline of the mind and body.

For whom does Bikram yoga work?

If you’re a yogi who wants to amplify your yoga practice, taking a Bikram class might be something to explore. But we get it—taking a class in heat you would typically avoid can be just a little intimidating. While there’s nothing to be scared of (we promise!), it’s always better to come prepared and understand what to expect when trying something new.

Most importantly, ensure your body is hydrated and that you are not practicing on an empty stomach. A light meal or snack about two hours before class begins is ideal. Bring an extra water bottle and a small hand towel. If you have one, some yogis swear by a yoga towel to avoid slipping and sliding during class. As always, listen to your instructor and follow along with the rest of class. Bikram yoga is considered a serious discipline where socializing is typically looked down upon, so be respectful.

Lastly, be sure to take breaks. If at any point you feel dizzy, lightheaded or have difficulty breathing, drink small sips of water and take child’s pose. Your instructor will be thankful, not judgmental, that you are listening to your body instead of hurting yourself.

As mentioned, Bikram Choudhury believed his Bikram practice could warm up the muscles so beautifully, they could become rid of injury and move better than ever before. While we don’t advise taking Bikram yoga with any sort of injury (without first consulting your doctor, of course), Choudhury was correct in using his practice to loosen up the muscles and delve deeper into yoga poses. This deep stretching increases one’s flexibility, and holding each pose improves balance.

Bikram yoga builds strength and tone muscles, sculpting your body with each and every class. And, of course, we can’t forget about the sweating. While it may seem unpleasant, the high heat opens pores and allows toxins to flow out of your system. After continued practice, these factors can aid in weight loss: burning calories, building muscle and having more mindful, eating habits can all help you reach your fitness goals.

Like any yoga practice, Bikram yoga does wonder to improve the health of the mind. In class, you’ll be using extreme concentration to focus on each pose, movement and breath. Since Bikram yoga involves quietude and meditative thinking, this workout is an opportunity to get inside your own head and discover your own thought patterns. Ever think about something bad that happened in your life and, as one bad thought leads to another, you’ve suddenly spiraled into loop of negativity? Since Bikram yoga encourages noting these thought patterns, you’ll start to immediately recognize when you’re having these negative thoughts and be able to stop the spiral early on, turning that negativity into more beneficial, positive thinking. And as we’ve all been told before, positive thinking equals a much happier, more successful self.

Improving flexibility, detoxing the mind and strength building sound like the kind of workout you’ve been looking for? Bikram yoga could be your new favorite class. A ClassPass membership offers access to a variety Bikram yoga classes in your area, so grab your water bottle, book a class and get ready to become a Bikram yogi.